As a board-certified orthopedic surgeon, Dr. Reiter has managed patients with spinal disorders for over two decades at his New Jersey practice. Before entering private practice in April of 2008, Dr. Reiter served as chief of the division of spine surgery at Rutgers New Jersey Medical School  beginning in September 1998.  He remains there as an Assistant Clinical Professor of Orthopedic Surgery. 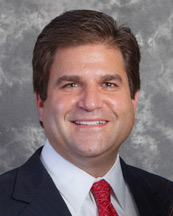 In addition to being named a Top Doctor by New Jersey Monthly magazine for the ninth consecutive year, Dr. Reiter was also elected to Alpha Omega Alpha, the national medical honor society. Throughout his career, Dr. Reiter has published numerous articles in leading medical journals as well as book chapters focusing on different aspects of spinal surgery.

Within the medical profession, Dr. Reiter has remained active on both the state and national levels. He has dedicated himself to improving the quality of orthopedic care through both education and technology. As a result, he is a past president of the New Jersey Orthopaedic Society, the current vice-president of the New Jersey Spine Surgery Society, and a Fellow of The American Academy of Orthopedic Surgeons.  He is also a former chair of chair of Atlantic Health System Spine Technology Committee and an American Medical Association member for over 15 years.

One of the things Dr. Reiter prides himself on is  giving back to the medical community and educating the next generation of healers. For his continued efforts in this area, the graduating classes of orthopedic chief residents of Rutgers New Jersey Medical School have bestowed upon him the “Outstanding Educator Award” in 2000, 2006, and 2008.

What Materials is a Car Made From?

What Is Modern Interior Design?