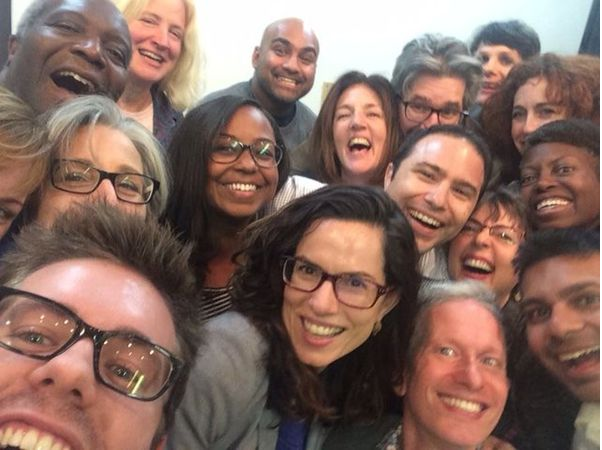 As the founding principal of the High School of Language and Innovation, Julie Nariman has always operated on the concept that both students and teachers thrive when they are given the chance to collaborate, engage in discussions and express themselves. This belief has led to a leadership style based on teamwork, community support and accountability with a strong belief in coaching and professional development.

A Journey To Education

Julie’s journey to education began at Penn State University where she double majored in film/video and literature. During her time in State College, she cultivated her love of creative writing which continues to this day with her blog Classroom 325 about her experiences as a high school principal.

Her teaching career formally began in Brooklyn where she taught English to middle and high school students. At this time, the New York City Writing Project nurtured her passion for teaching both writing and English Language Learners, which led to a stint in South Korea teaching English as a Second Language. Her stay there left such an indelible impression that she authored a children’s book now used by Korea Taekwondo to impart Taekwondo values to New York City schoolchildren.

The High School of Language and Innovation

Julie cemented her reputation as one of New York City’s most respected educators when her proposal for a new high school was accepted in 2010. The following year she opened the High School of Language and Innovation for English Language Learners in the Bronx. Through her tutelage, the school has regularly posted above-average results for students in her district.

One of Julie’s distinguishing marks is how she constantly expands her mission beyond the classroom.  Through the Guild Education program, Julie has taught English as a Second Language to managers at companies such as Taco Bell and Chipotle in order to further their careers.

Julie openness to new methods of teaching has extended to asking her newest students about learning methods in their home countries. Clearly, Julie Nariman is one of the few educators who believes that she can learn as much about teaching from her students as they can from her years in the profession.