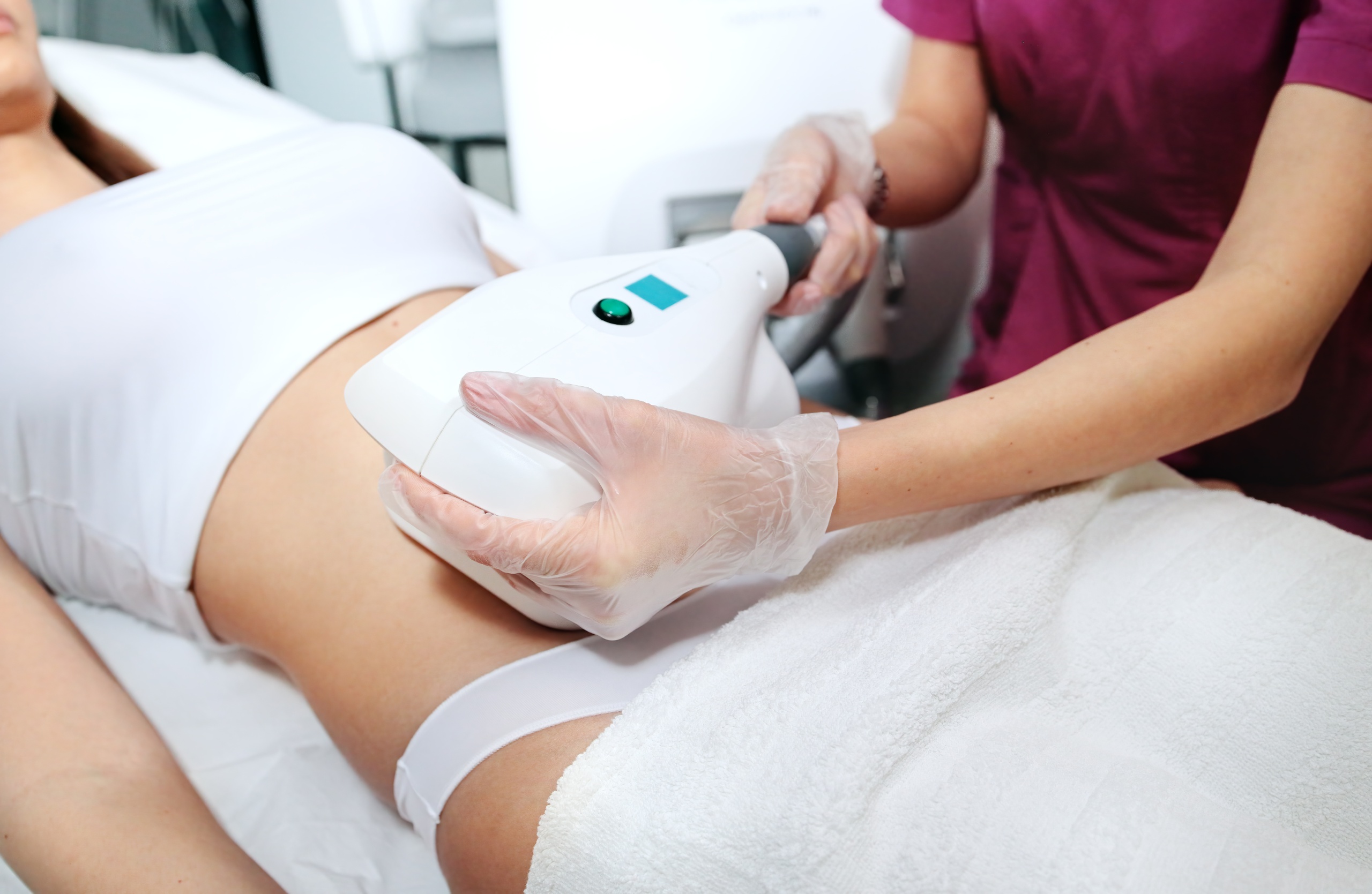 Millions of Americans every year struggle with losing stubborn fat. Even with the proper diet and exercise, some people are still just not able to reduce it. It is well-known that you can’t spot reduce fat loss- that is, through traditional means. With the invention of CoolSculpting®, the ability to spot reduce has become so easy that you may even fall asleep while it happens!

While the history of CoolSculpting® isn’t mainstream knowledge, it is actually pretty interesting. In 2008, Dr. Dieter Manstein and Dr. R. Rox Anderson of Massachusetts General Hospital noticed that children who often ate popsicles lost fat from their cheeks. By observing this, they were able to apply this phenomenon to other areas of fat on the body with the targeted application of cold to reduce tissue temperature to 40 degrees Fahrenheit. With this, doctors are able to kill off the fat cells in that specific area without harming nearby organs, skin, and nerves in the process.

Since the summer is already in full swing, you may think it’s too late to get your body beach ready. I’m here to tell you that you still have time! You may be worried that CoolSculpting® will leave behind residual marks, but with the new CoolAdvantage® applicators from the CoolSculpting® Elite collection, you can get the procedure done and go to the beach the next day!

These new applicators reduce fat more efficiently, cutting the CoolSculpting® time from over an hour to only about 35 minutes. They are also more comfortable, as they are now more customizable to each patient’s unique body shape. The biggest change is that the new applicators have significantly reduced the bruises that can potentially left behind after the procedure is over.

Another difference between the new CoolSculpting® Elite machine and the older version is the introduction of dual applicators. This means that the patient can now treat two areas at once during a single session. With re-engineered applicators and larger cooling pads, CoolSculpting® Elite is the best choice for patients suffering from stubborn fat. The new machine helps you to achieve faster and more dramatic body contouring in less sessions than the old CoolSculpting® machine. Below, you will find a comprehensive list of these new applicators and what advantages they bring to the CoolSculpting® table.

By lowering the fat reduction process time by almost half, this applicator is one of the most efficient body sculpting tools available. The coolfit applicator is best for targeting inner thigh fat, as well as other large and bulging areas. This applicator is not only twice as fast as older models, but it also does this with minimal bruising.

The belly area is one of the most common problem areas for most adults when it comes to stubborn fat that is resistant to both diet and exercise. In the past, an invasive procedure like liposuction was the only option for people with this problem, but the coolcore applicator changes that. This applicator not only reduces fat, but helps contour the abdomen in order to accentuate the underlying muscles, leaving you with those coveted chiseled abs!

This applicator was designed with petite body frames in mind. This applicator is a state-of-the-art body sculpting tool that can be contoured to even the smallest of bodies. It is mostly used for bra bulges, flank areas, banana rolls, and love handles.

As another of the biggest CoolSculpting® Applicators, this applicator is often referred to as the de-bulking tool since it can treat such large areas of fat. This applicator is your belly fat’s worst nightmare!

Many people are insecure about the appearance of their arms, and the phenomenon of “bingo wings” and how to reduce it is all over the fitness community. While there are no exercises that one can do to reduce the appearance of bingo wings, this new CoolSculpting® applicator is specifically designed to target stubborn fat in the upper arms, in addition to fat in the knees and back of thighs.

As the tiniest applicator available, the coolmini is ideal for stubborn chin and neck fat. Before the invention of this applicator, people wanting to reduce fat under their chin had to turn to invasive procedures like Kybella, which leaves you swollen and in pain for many days and weeks afterwards. Using the coolmini, you can reduce your chin fat with minimal swelling and no pain.

With 7 new Coolsculpting® Elite applicators to choose from, the possibilities for fat reduction are endless. The new applicators have been shown to treat an extra 18% of the body during a session, which leads to 18% more fat loss in those areas. Each applicator is specifically designed to contour to different parts of the body, making CoolSculpting® more accessible for not just everybody, but every BODY.