You could certainly be forgiven for thinking that there’s no aspect of Kim Kardashian’s life that hasn’t been amplified on social media, TV, radio or any other medium that transmits celebrity gossip. You could also be forgiven for failing to note that other members of her family have begun to eclipse Kim in terms of money and renown (see Kendall Jenner).

Indeed, it’s a testament to Kim’s star power that merely being a member of the Kardashian clan virtually guarantees one a jump-start into the spotlight and an all-access pass to instant celebrity.

Nevertheless, just when other family members’ stars were starting to shine brighter, Kim has quietly started to become known for something other than being known.

A Different Kind of Headline

Kim’s interest in prison reform came to light last year when she visited the White House to speak with President Trump about the plight of Alice Marie Johnson, a woman who had already served 21 years of a life sentence for a first-time nonviolent drug conviction. After the President commuted her sentence, Ms. Johnson was released from prison the following week

While Kim’s announcement last month that she registered with the California State Bar to study for the bar exam may have garnered more than a few snickers on social media, her actions and her star power have shone a light on how federal guidelines for drug convictions often guarantee excessive sentences that equal or even exceed those for rape or murder.

Far from being a one-off occurrence, Kim has committed herself to the plight of convicts serving inordinately long sentences for drug offenses. Indeed, it turns out that freeing Ms. Johnson was only the tip of the iceberg. Over the past three months, Kim’s financial support and visibility has helped free over 17 inmates from incarceration.

To be clear, Kim works with a couple of lawyers, Brittany Barnett and MiAngel Cody, who are doing the leg work to free these people. Brittany Barnettt, a co-founder of the Buried Alive Project, and MiAngel Cody, lead counsel for the Decarceration Collective, joined forces to start the “90 Days of Freedom Campaign” to free as many people as possible from our nation’s prisons within three months.

Nevertheless, neither of the lawyers Kim has partnered are new to the work of freeing inmates from harsh prison sentences. Ms. Barnett has pursued this goal for over 10 years. Under President Obama, her efforts resulted in clemency for seven people.

For her part, MiAngel Cody’s group, the Decarceration Collective, provides legal advice and assistance to disadvantaged people caught up in the criminal justice system.

Due to their recent successes and the accompanying press, Ms. Barnett took to Facebook to clear up some misconceptions about the way the press is treating Ms. Kardashian’s efforts.  She made clear that she and Ms. Cody are the ones who worked to free the prisoners. However, she added that Kim did not, at any point, try to take credit for their actions. She wanted the public to know that they are grateful for Kim’s help and support, which included paying expenses for the released inmates to transition back to civilian life.

A New Direction for the Kardashian Fame Machine

In addition to bringing attention to a penal system which imposes arbitrarily high sentences on low-level drug offenders, Kim’s sincerity and her devotion to the cause marks a brand-new chapter in the Kardashian saga.  For a family that has unapologetically staked their reputation to fame as the means and the end, this undertaking represents an unexpected benefit to the power of shallow celebrity. Although Kim is far from the first public figure to use her position to help the disenfranchised, she may be one of the most surprising. While Kim and her relatives have been routinely derided for their vacuousness, her willingness to help people with whom she shares nothing in common may represent a silver lining.

Would these prisoners be free today without her intervention? If so, would it have happened anywhere near as fast without her assistance? Are we to acknowledge that, no matter how you become famous and wealthy, it’s justifiable as long as you eventually use it to do some good? It’s probably a bit too soon to hail Kim Kardashian as a humanitarian or as a noteworthy defender of human rights. However, we may have to make room for the idea that, amidst all the hype and the press releases, Kim has matured and embraced a worthwhile endeavor that will add a positive spin to a formerly questionable legacy. 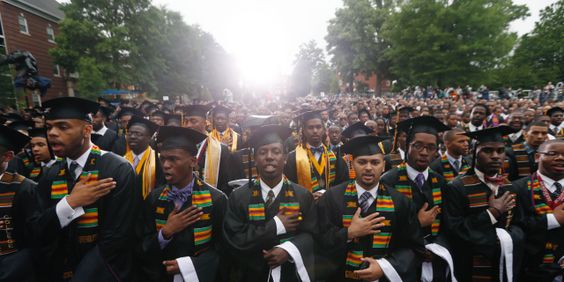 Can Construction Projects Continue Through Fall and Into Winter?

Top Strategies for Preparing for College

How to Plan for Future Healthcare

Insurance Must Haves for Baby Boomers

How to Choose a Lawyer